Create an Account - Increase your productivity, customize your experience, and engage in information you care about.

The Town has broken the Basalt River Park development into 2 phases. Phase 1 of the Park installation project includes utility installation, grading, hardscape installation (concrete plaza), and temporary erosion control to close out the site for the winter and to prepare for the next phase. Phase 2 will include the finishing of the park with final landscaping, misting features, bathrooms, bus stop, and band shell. The intent is to complete the Phase 1 work in February 2022.

A rendering of the Basalt River Park and neighboring private development can be seen below. 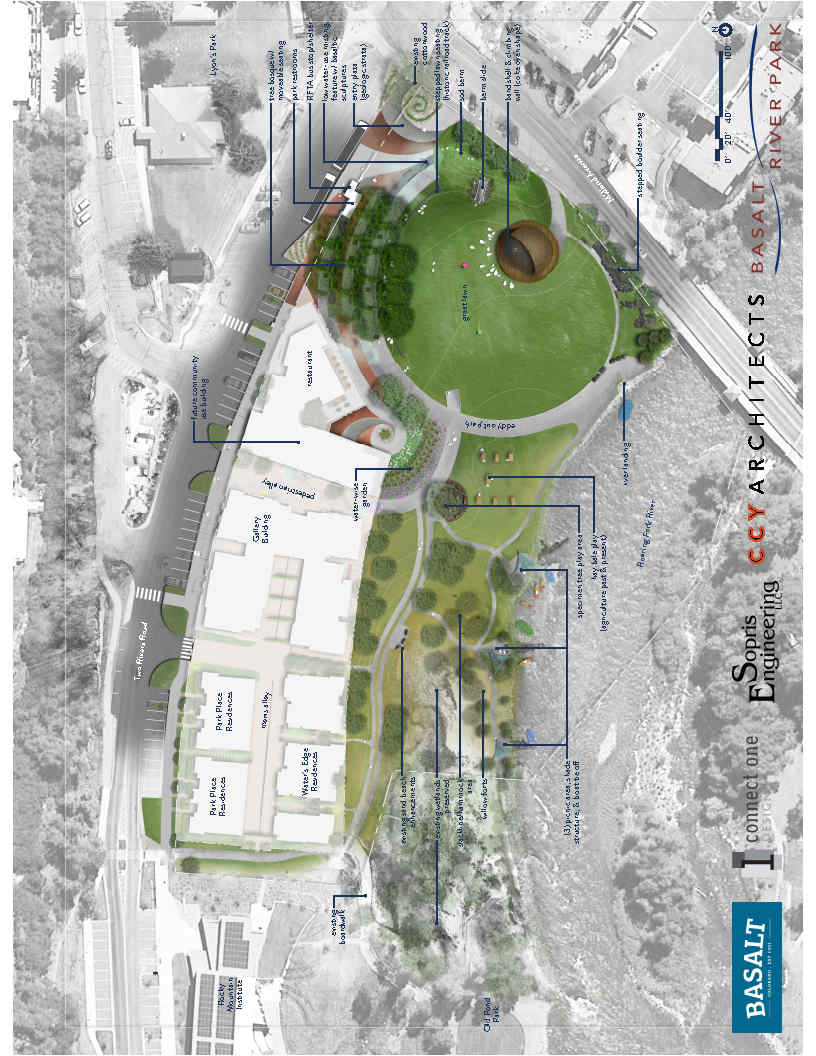 The project began in early August and is scheduled to be substantially complete by the end of 2021, with some finish work scheduled for the spring of 2022.

The private development south of Two Rivers Road, and west of Basalt River Park includes the following projects and timelines:

A rendering of this complete development is pictured above.

The project began at the end of June and was completed in early November, 2021.

This project is a major portion of Phase 1 of the Public Works Facility development plan and includes, the reconfiguration of the shared access to the site under a CDOT access permit, utility relocation and connection to MVMD, the moving of the existing trailer/office, grading to within 5’ of the proposed pole barn, sidewalk and pedestrian access improvements, and temporary erosion control. The building of a new pole barn and perimeter fence will be included as part of Phase 1 but will be bid later this summer. This facility is on the parcel previously occupied by Shelton Drilling.

This project is scheduled to begin in August and was completed in December, 2021.

At the "upvalley" intersection of Two Rivers Road and Highway 82, motorists may notice a mound of earth and the staging of some construction equipment.  This is for Basalt's new East Entrance Sign, which is championed by the Basalt Chamber Sign Committee.  The sign will feature rustic steel and river rock cobble in what has become Basalt's signature style.

This project began in August and is scheduled to be completed in November, depending on weather.